Agroecology in Senegal and New Hope From Old Ideas. This is the World Organic News for the week ending the 4th of February 2019. Jon Moore reporting! Decarbonise the air, recarbonise the soil! We begin this week with some good news out of Senegal. From the site News Ghana comes the piece entitled: President Sall … END_OF_DOCUMENT_TOKEN_TO_BE_REPLACED

SOIL, FOREST AND COFFEE PROTECTION THE AGRO-ECOLOGICAL TRANSITION TO SAVE THE PRODUCTION SYSTEM The viability of our agricultural model is based on the agro-ecological transition, which must transcend political regimes. It is a question of survival in a context of degradation of our environment. This analysis is done by Marième Sow, Chair of the Board of Directors … END_OF_DOCUMENT_TOKEN_TO_BE_REPLACED

By STEVEN MCFADDEN The esteemed British medical journal The Lancet has released two commission reports emphasizing the pivotal role that farms and food play in deteriorating human and environmental health, as well as in the mounting chaos of climate change. So dire is our current state, the reports argue, that our ongoing survival and welfare as we … END_OF_DOCUMENT_TOKEN_TO_BE_REPLACED

Tens of thousands of people will gather once again in the cold of a Brandenburg winter to protest against what they see as the worst excesses of the food system, writes Oliver Moore. Oliver Moore is the Communications Manager and EU Correspondent for the Agricultural and Rural Convention (ARC2020). This protest starts at Berlin's Potsdamer Platz … END_OF_DOCUMENT_TOKEN_TO_BE_REPLACED 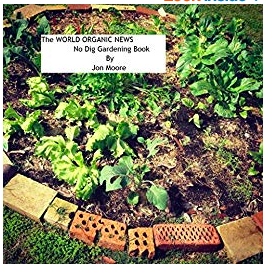